Bern once had a fortification around the entire city. Until mid-19th century, the Christoffeltower stood where today the baldachin arches over the bernese trainstation. With the Erleb-AR app the tower can now be marveled at, at its original construction site.

The Upper or Christoffel Gate was the western main gate of the city of Berne. Originally just a 15 meters high squat masonry block, its height was raised to 55 metres in 1467-70 and it was fitted with a spire. The ditch wall in front of the tower formed the outer ward. A stone arched bridge led across the town ditch which was approximately 20 metres wide. There was a second arched bridge immediately beside it; this was an aqueduct, which carried the town stream into the town.

The side of the tower that faced the town had a recess ending in a pointed arch. From 1496 onwards, the recess contained a lime wood statue that was 10 metres high. It depicted Saint Christopher with the Christ Child on his shoulder and a tree trunk in his hand. In the Middle Ages the Saint Christopher was revered as the patron saint of travellers and seeing him on leaving the town bode well for one's journey. 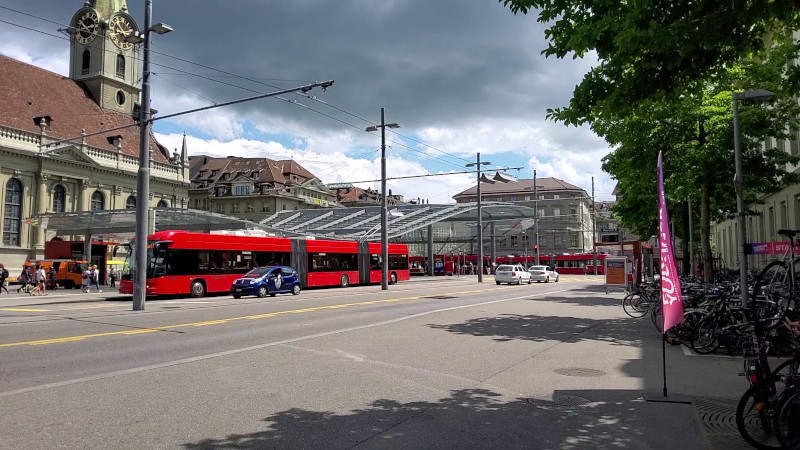 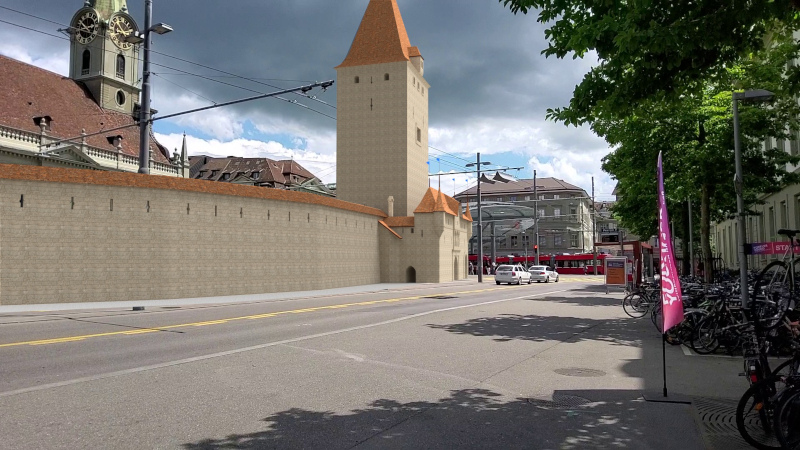 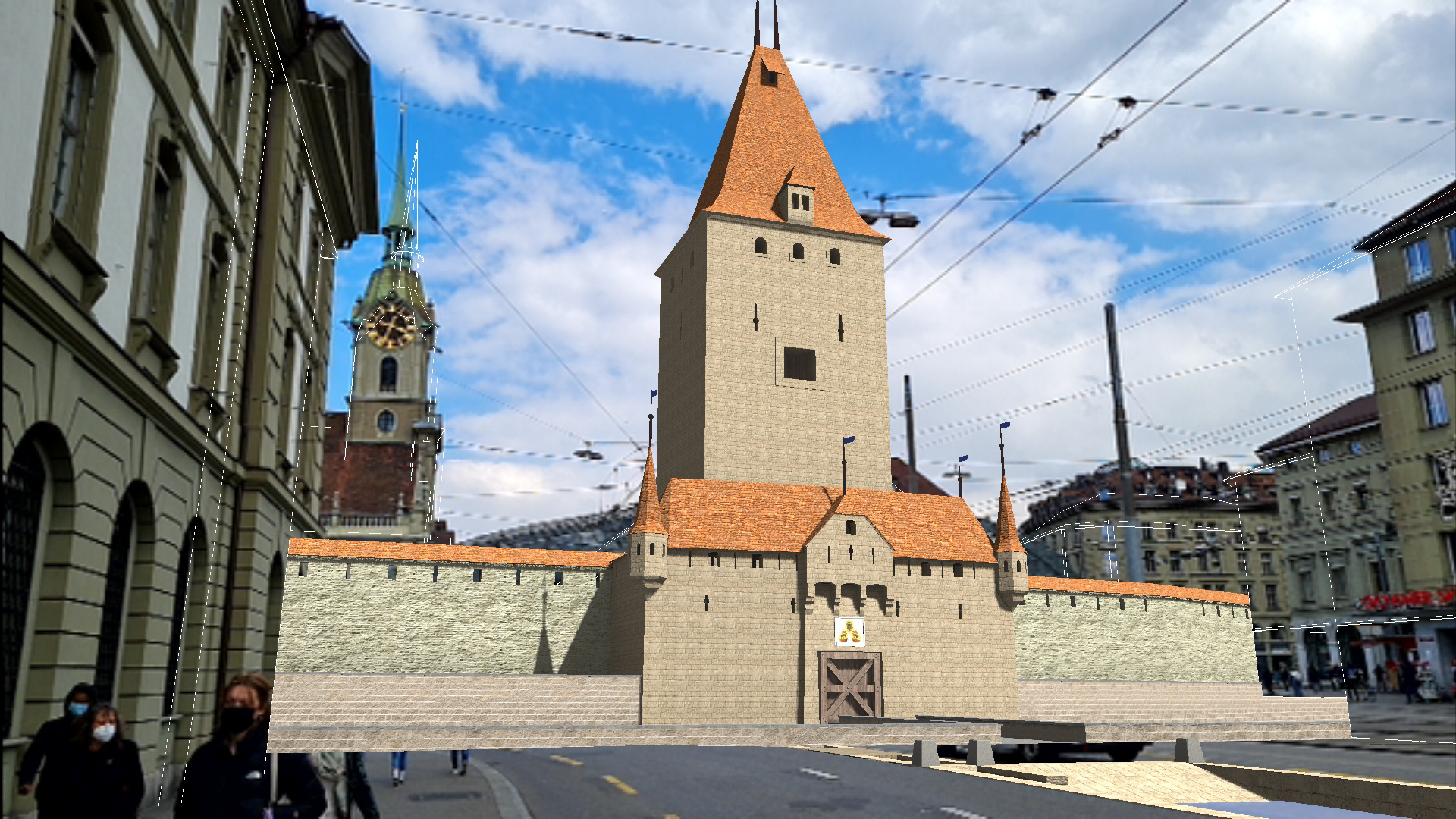 From 1344 onwards, the third expansion of the town, the Outer or 'Holy Ghost New Town', tied in with an earlier settlement outside the town. Its core was the Holy Ghost Hospital, which had been founded around 1220 on the road leading west from Berne. The western boundary of the expansion was marked by yet another natural trench in the terrain. An impressive multi-part fortification complex was created in this location. It consisted of a town wall with a ditch in front of it whose banks were fortified by walls.

The inner wall of the ditch was high enough to form a second fortification wall. Both the town wall and the inner ditch wall were reinforced by towers with semicircular ground plans. The area between the two walls served as an alure. Four tower gates provided access to the town. Copyright: Archäologischer Dienst des Kantons Bern – Armand Baeriswyl, 2002